23 Jan 2020 Szentendre – The achievements of the priority project ‘Museum and Library Development for Everyone’ EFOP-3.3.3-VEKOP-16-2016-00001 were presented on 23 January 2020 at the Hungarian Open Air Museum. By the 2 billion HUF non-refundable EU grant, within the Széchenyi 2020 programme, the project implemented between 1 February 2017 and 31January 2020, prepared institutions and professionals in the museum and library field to respond to the new social-economic challenges. During the implementation of the project, special attention was paid to increase young people’s access to culture and to the convergence of underprivileged people.

At the press conference, dr. Miklós Cseri, Director General of the Hungarian Open Air Museum, consortium leader, welcomed the conference and said that over the past three years, the project implementers have been working to empower disadvantaged people to have equal opportunities and have more access to cultural goods. Erzsébet Gy. Németh, Deputy Mayor for Human Resources of the Municipality of Budapest, the governing body of the Metropolitan Szabó Ervin Library Budapest, represented the consortium partner institution and held an information session.

After a video summarizing the achievements of the project, the results of the museum component ‘Our Museum’ were introduced by dr. Miklós Cseri it. In the museum area, 4 niche research and 9 methodological development were carried out, 41 methodological events were held, including 6 international workshops. With the involvement of more than 8,000 children, 20 pilot projects have been carried out across the country and 80 museums have adopted the elaborated methodologies. A total of 457 cultural professionals and 315 teachers attended 52 museum training courses free of charge. 41 museum coordinators organized 410 briefings, members of the network together with the professional implementers participated in 16 international museum conferences, as well as 3 domestic and 4 foreign museum study tours. The results of the ‘My Library’ programme were revealed dr. Péter Fodor, Director General of the Metropolitan Szabó Ervin Library, Budapest. In the field of libraries, 6 research and 4 methodological development were carried out, 103 professional events were organized, including 11 national conferences. 28 in-service training sessions were held free-of-charge with the participation of 440 cultural professionals. 90 pilot programmes were implemented with the involvement of 2186 children nationwide, and more than 110 libraries adopted the tested methodologies. The programmes are already being adapted in practice by libraries, in 2019, 309 times in 106 settlements with the participation of 5878 students. Members of the library consultancy network consisting of 40 consultants organized 407 briefings.

The press conference ended with interviews and the rest of the day continued with a project closing conference on ÉRTÉK, HATÁS, VÁLTOZÁS – 36 HÓNAP A MÚZEUMOKÉRT ÉS A KÖNYVTÁRAKÉRTprojektzaro_sajtoanyag_20200123.pdf

The detailed press material can be downloaded here. 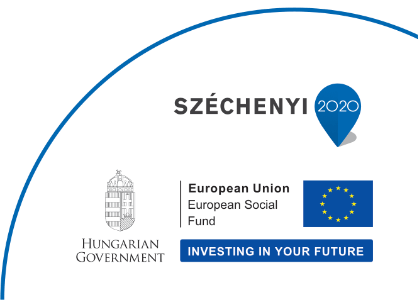